Ranked as #7 best in the world…so, do as the locals do, go to the zoo!

This is where Prague started! Wander in joy and melancholy. 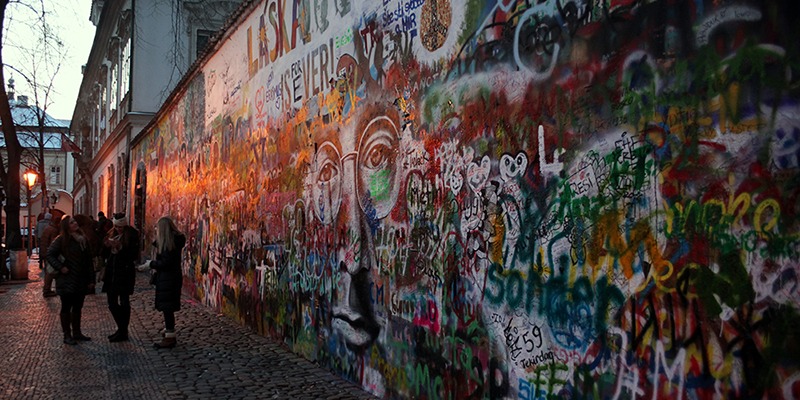 A constantly changing graffiti wall. First painted with texts and pictures inspired by John Lennon in the 1980s by students, it quickly became a symbol of resistance against the now fallen communist government.

Prague has two, a less exciting one near Karlovo náměstí and a larger one in Troja, just next to the zoo. Huge greenhouses with butterflies, nature paths and outdoor exhibits.

Home of the largest equestrian statue in the world…but focus on the breathtaking view. Schoolchildren used to have to go look at the remains of Communist leaders in the building behind the statue but it is currently being turned into a museum.

This old Jewish/Christian cemetery houses the real grave of Franz Kafka and is a superb place for wandering.