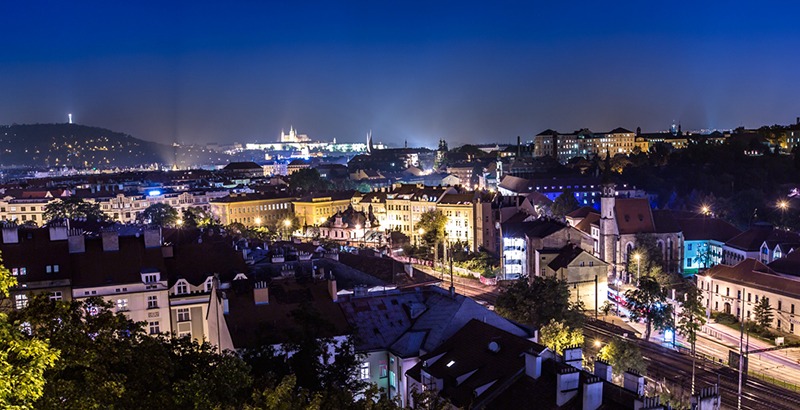 Prague is known by many names - in Latin it is mater urbium, the mother of cities, and in Czech this is affectionately shortened to matička, the little mother. The city’s old and beautiful architecture is also alluded to in names like the “city of a hundred spires” or “Golden Prague”.  No matter what our ancient city is called, there is one aspect which has always been difficult to summarise. Pulsing somewhere underneath the medieval cobblestones and above the Gothic towers is a special feeling that never fails to strike visitors of this ancient crossroads. From the Golem of Prague to the novels of Kafka, this magical and sometimes dark feeling pervades much of the history of this city.

And it is a long history indeed, with roots stretching far back into the reaches of time. Prague was a centre of alchemy, astronomy and architecture. Yet it is no less vibrant a city today. With efficient public transit and lively pubs or hearty restaurants on every corner, Prague is above all a centre of good living. The city is alive with music, art, theatre and other forms of culture, both home-grown and imported by the many who have felt the pull to make their homes here.

Yet despite this onslaught of a rich history and a bustling present, Prague rarely overwhelms. For a city of 1.2 million people it feels surprisingly like a village. In this way Prague is truly like a good mother, protecting you but also letting you discover life’s secrets for yourself. And there are certainly many secrets hidden in this city in the centre of Europe. Prague’s rulers and visitors alike have been trying to get to the bottom of them for centuries, but of course no good secret could ever be summarised with a single name.

What would an ancient city be without a castle? Prague’s castle is actually a walled complex including a church, palace and other noteworthy buildings, and is one of the largest in the world. Its dominant feature is the impressive Gothic St Vitus Cathedral, nearly 600 years in the making. 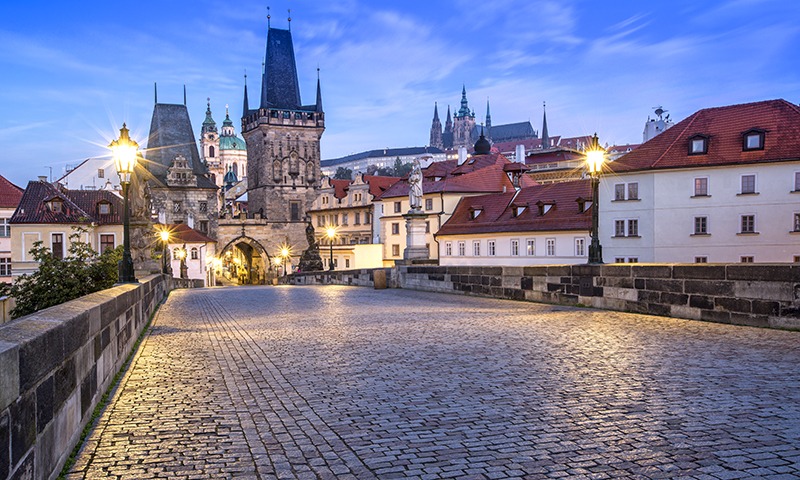 This bridge over Prague’s Vltava river was long the only way of crossing the water, contributing to the city’s importance as an east-west trade route. It was commissioned by its namesake, King Charles IV, who allegedly used astrology to determine many aspects of its construction. With three bridge towers, it is lined on both sides by statues, as well as by many street vendors. 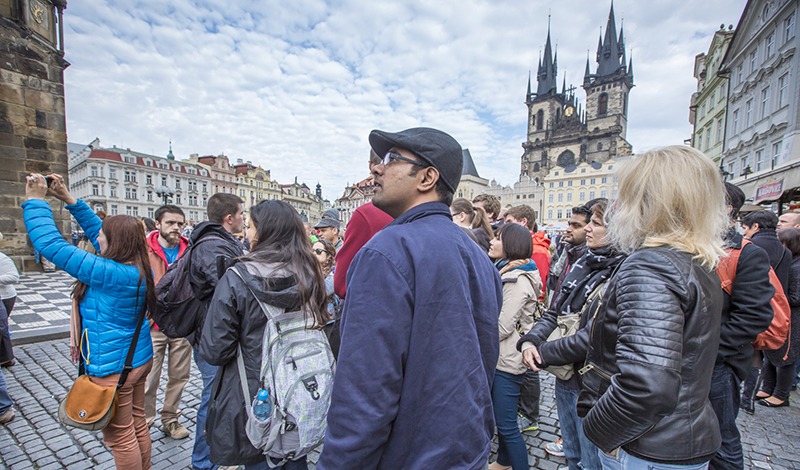 The natural centre of the old town, tiny twisty streets open up onto a huge square here, lined with some of Prague’s most impressive sites, including the majestic Týn Cathedral and St Nicholas Church. The square’s centrepiece however is the Old Town Hall, adorned with Prague’s Astronomical Clock. This fascinating piece of medieval machinery keeps time in a wide array of measurements and every hour presents a much-watched show of small moving statues. This square is also the city of many seasonal markets, concerts and other events.

Prague long had a large Jewish community and Josefov was the city’s Jewish quarter. At the turn of the twentieth century the quarter was almost completed rebuilt to change old winding streets into modern thoroughfares modelled on other big European cities. The Nazis removed most of the remaining Jewish population and what remains of the Jewish quarter today are six synagogues, the Old Jewish Town Hall, and the layered tombstones of the Old Jewish Cemetery.

Prague’s “other” castle is Vyšehrad, allegedly the place the mythical figure Libuše chose for the founding of Prague. Located on a rock overlooking the Vltava river, it holds a number of historical buildings and a large cemetery where some important Czech historical figures have been buried.

In many ways the commercial centre of the city, this long square is more of a very wide boulevard, lined with bright lights and shops. It was one of the main sites of demonstrations during the Velvet Revolution. At the top of the square is the imposing National Museum and a statue of the Czech patron saint, Wenceslas. At the bottom is a pedestrian area that is frequently the site of various events and seasonal markets.